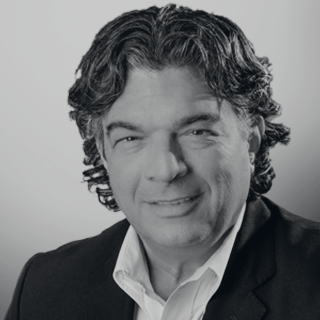 Dr. Paul Antonio Pereira has served as our Chairman, President and Chief Executive Officer since April 2018. Dr. Pereira has over 30 years’ experience in technology, telecommunications, transportation, manufacturing and biotechnology. Dr. Pereira has led successful business initiatives across the United States and overseas, including founding the first ISP in the Caribbean leading to the deregulation of the Cable and Wireless 40-year-old telecom monopoly and simultaneously opening up the markets for major call centers in multiple Caribbean islands. Dr. Pereira led the turnaround and restructuring for the Palestinian Telecommunication Company (PALTEL) and also served as a founding director of Vtel, a multibillion telecommunications company based in Dubai and Amman Jordan, and successfully lead multiple acquisitions in the MENA region.

From 2010 through March 2016, Dr. Pereira was the Chief Executive Officer at Alton Consulting Group, where he reengineered multiple firms to a renewable and sustainable transition for the new Bio Economy. From August 2013 to November 2015, Dr. Pereira also served as the Chief Executive Officer and Executive Chairman of MHG (Danimer Scientific) where he spearheaded a turnaround from bankruptcy to a multi-million buyout offer in two years which eventually ended up with a SPAC acquisition on NYSE (DNMR) in December 2020 at an enterprise valuation of $890 million. From July 2016 to July 2017, Dr. Pereira served as Chief Executive Officer of Uniwell Labs where he developed and directed strategy for Chapter 11 reorganization with a successful exit six months later. Dr. Pereira has also served as a professor from September 2014 teaching the graduate level business courses at ISEG Business and Finance school in Paris, France.

Dr. Pereira graduated with an Ontario Scholarship in 1978 from Ridley College and studied Chemistry at McGill University in Canada (Sept 1978 to June 1981), and further studied Mechanical Engineering at Texas Agricultural and Mechanical University in the United States in 1984. Dr. Pereira earned a Doctorate of Business Administration (DBA) in August 2014 from the International School of Management Paris and St. John's University, New York.