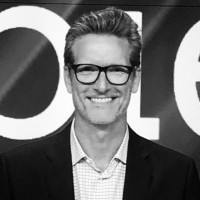 Peter Bordes is a lifelong entrepreneur with a 30+ year career as a founder, CEO, investor and Board Member in private and public companies focused in media, ad tech, technology, finance and venture investing focused on disruptive innovation.

Since March 2012, Mr. Bordes has been a managing partner at Trajectory Capital, investing in disruptive innovation driving global transformation from Seed thru IPO. From May 2019 to October 2020, Mr. Bordes was CEO of Kubient, a cloud advertising platform with artificial intelligence ad fraud prevention, that he led from private to IPO on the (NASDAQ:KBNT), and currently sits on the Kubient’s Board of Directors.

Mr. Bordes was ranked in the top 100 most influential angel investors and business leaders in the United States on social media and is a member of the Thiel Foundation 20 Under 20 Mentor Program. He is a member of the Board of Trustees of the Brooklyn Music School. Mr. Bordes earned his bachelor’s degree in Communication, Business and Media Studies from New England College.